AMUSING... BUT WITH A SERIOUS SAFETY MESSAGE 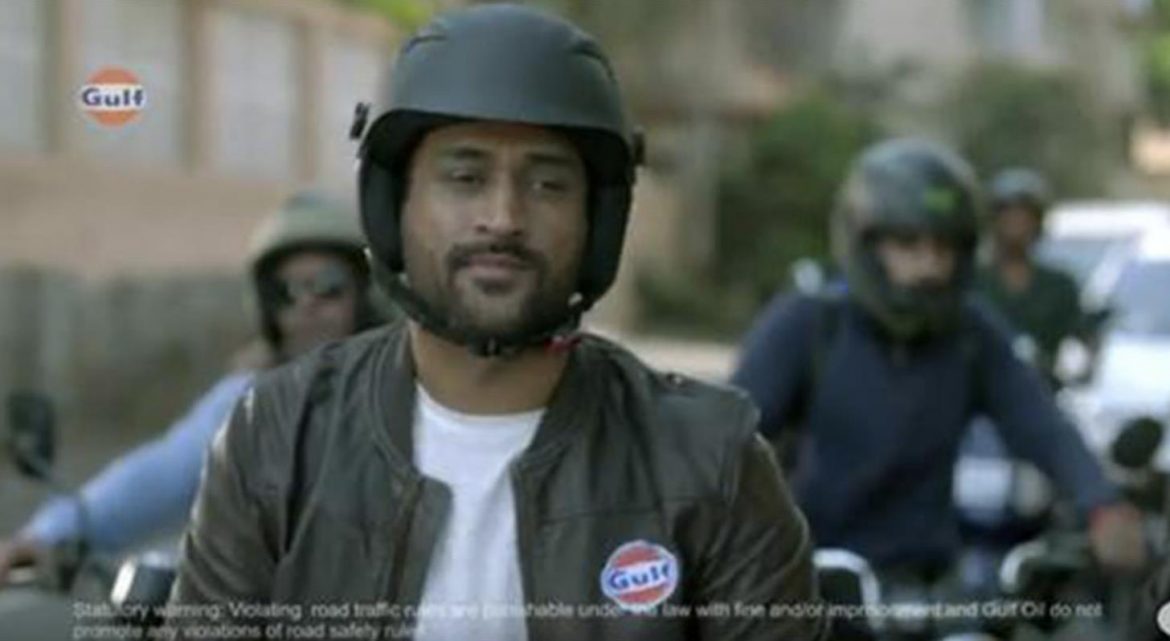 Pročitajte više: AMUSING... BUT WITH A SERIOUS SAFETY MESSAGE 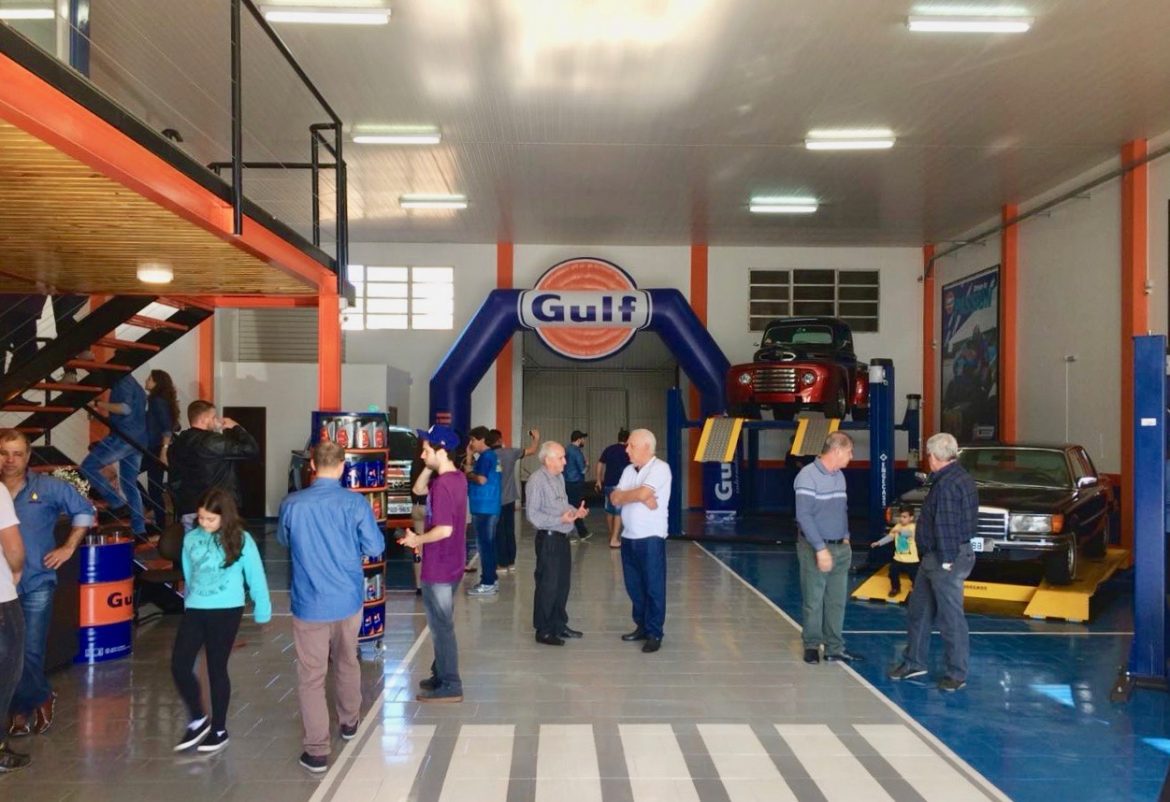 Gulf in Brazil have just attended the launch of a new exclusive Gulf workshop in the city of Casvavel-PR, in the south of the country. 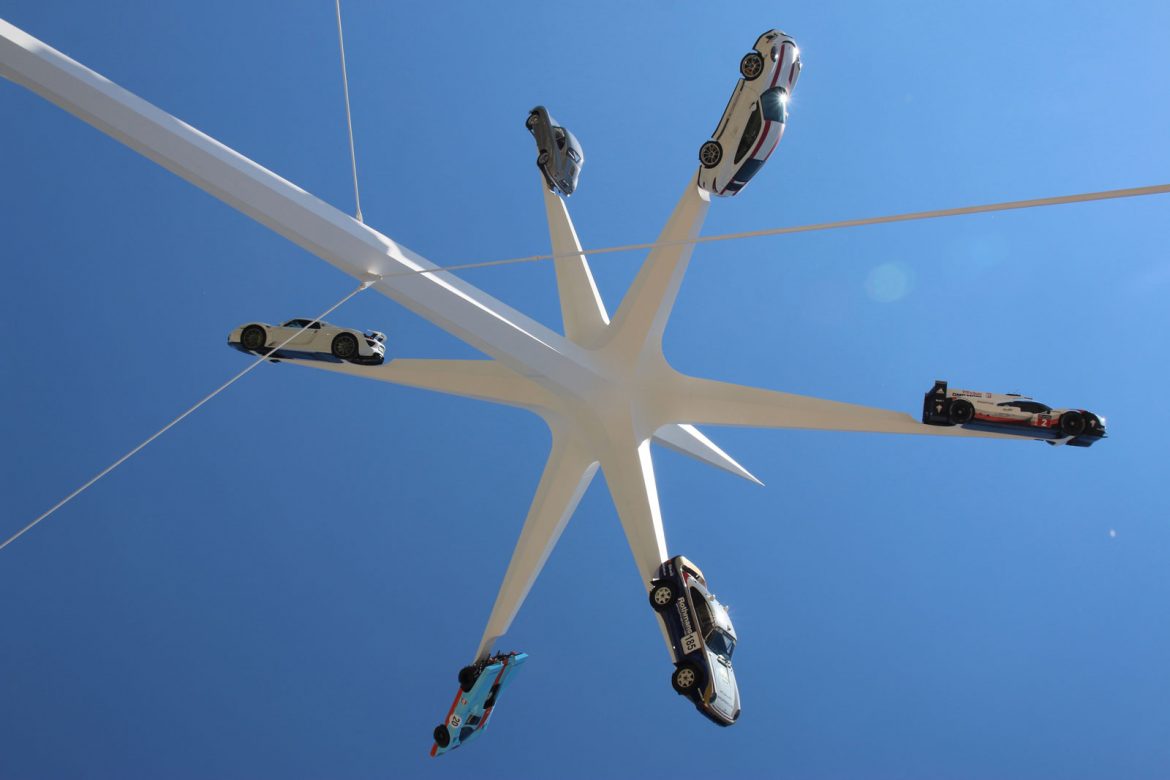 Visitors to this year’s 25th running of the Goodwood Festival of Speed, witnessed Gulf soaring to new heights at what has become one of the world’s top motoring festivals.

The Gulf Model car promotion got off to a strong start in terms of take-up across various businesses, but with the release of the animation and the cars now being in circulation, they seem to be attracting a second wave of interest, with further orders coming in. 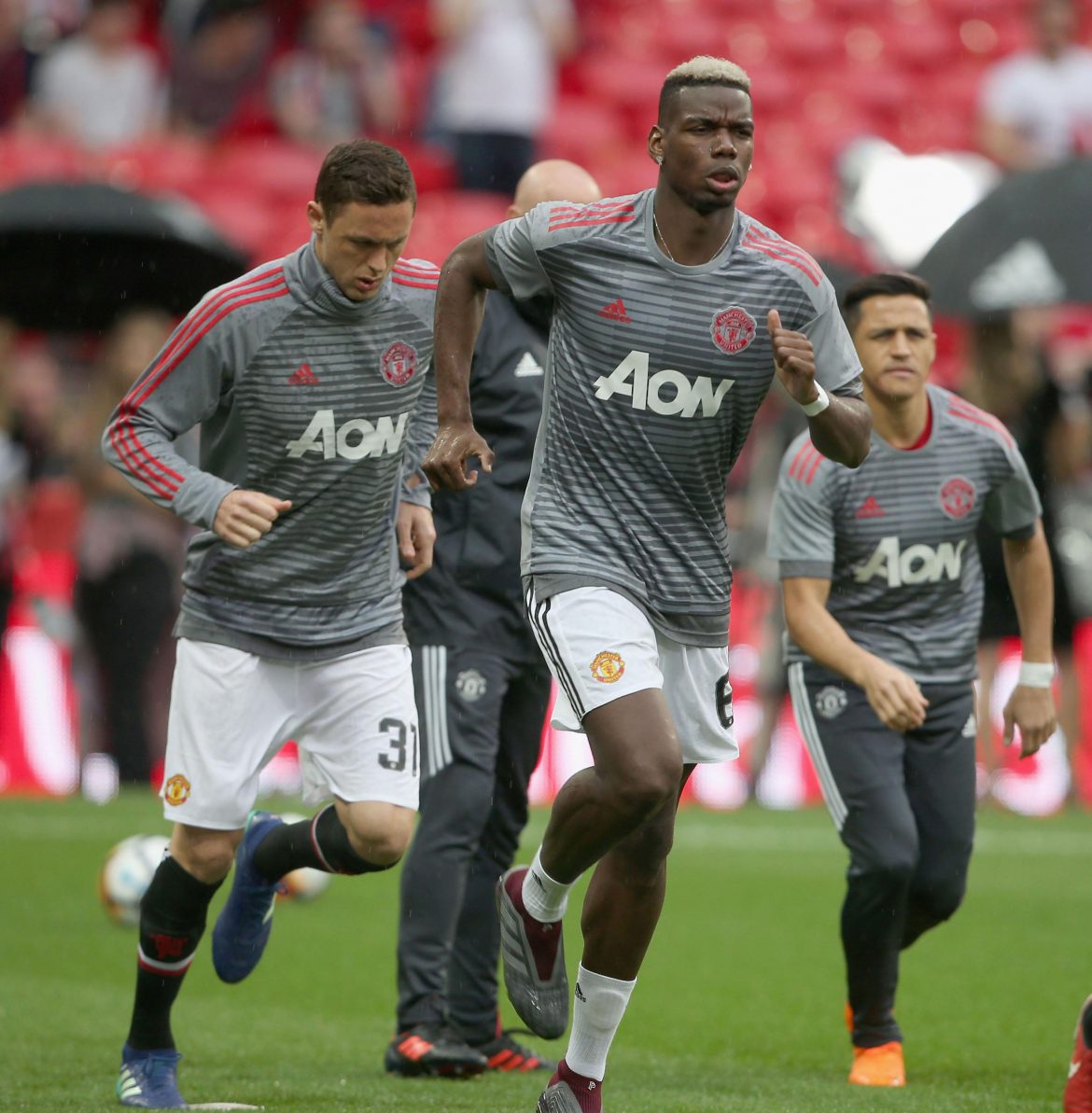 One of the reasons that we went into partnership with Manchester United two and a half years ago, was because they have a mentality that is geared up towards success – something they have achieved over the years in huge amounts and something for which they constantly strive.

A SPECIAL SPORTING SEASON FOR GULF 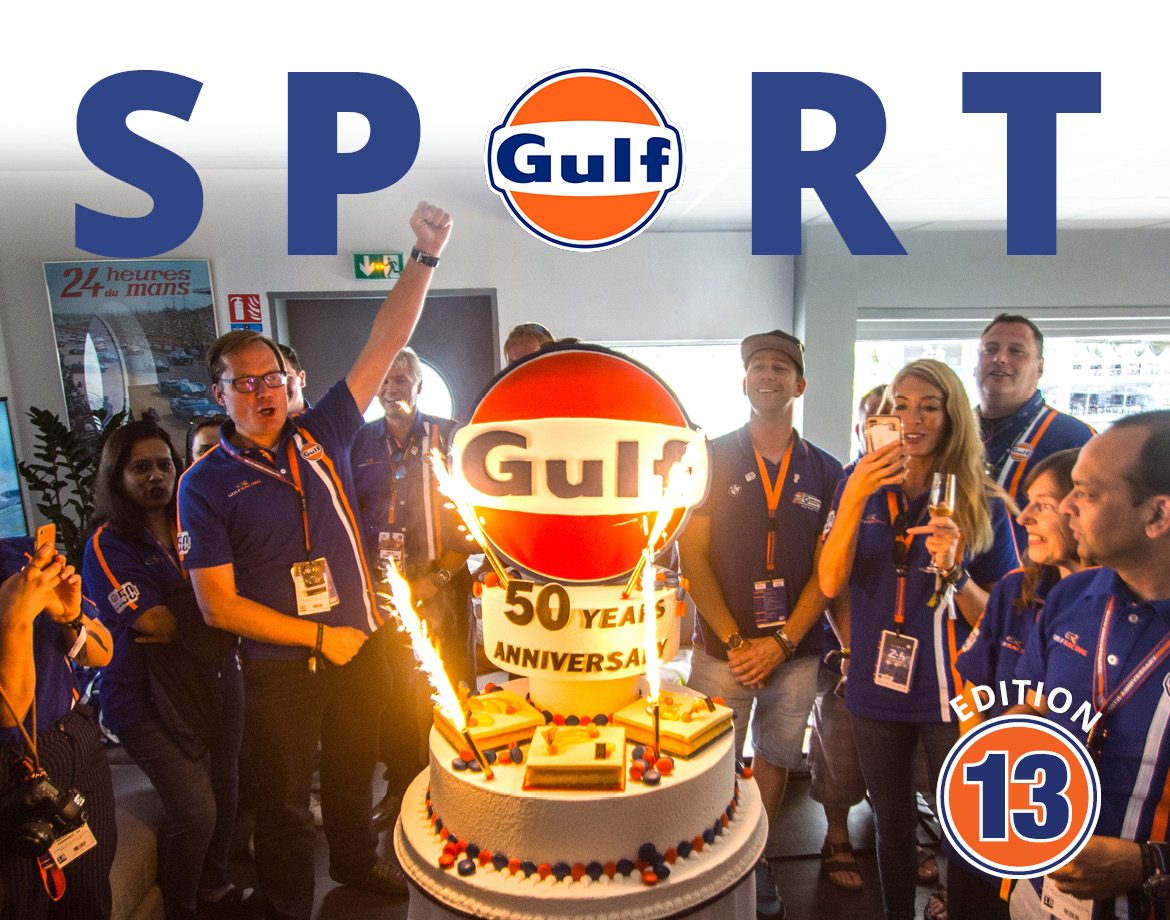 The middle part of the year is traditionally one of the busiest for Gulf, despite the fact that the football season has ended.

It kicked off in fine style as Gulf’s cricket team in the Indian Premier League, the Chennai Super Kings, lived up to their name and put in a super performance to mark their return to the IPL in the most regal way possible, by winning the IPL crown.

Motorsport-wise there are some huge events for Gulf to celebrate this year with the Monaco Historic Grand Prix and, of course, the Le Mans 24 Hours – with the 50th anniversary of the first Gulf Victory there.

Not only that, but we had some fantastic performances on two wheels to celebrate, as Gulf took to the Isle of Man to compete in the legendary TT for the first time and some three weeks later, we also witnessed the first appearance of a Gulf bike and rider on a World Superbike Podium.

Gulf has also extended its association with King Racing to encompass a busier year for the drag team than they have ever undertaken.

Even though Manchester United’s season is over, on the pitch, its players have been making their presence felt at the 2018 FIFA World Cup in Russia and the team has already been busy in the transfer market, ahead of August’s return to Premier League action. Manchester United Legends have also proved as popular as ever in appearances all over the world, in the last couple of months.

2018 is already turning into the busiest sporting year for Gulf yet, offering more opportunities than ever to activate one or more parts of our excellent sporting platform to best advantage for your business.

With so many highlights, it’s hard to know where to start, but a quick glance through the contents of this edition of Gulf Sport will hopefully give you some inspiration – as well as an idea of what is to come over the next few months….

Wishing you good sport and even better business!

This is a celebration of riders and riding. It’s for everyone who remembers the freedom they felt the first time they took off down the street on two wheels. And it’s for those who took it further: the generations of fathers, sons, mothers, brothers, sisters and friends who fired up their engines and followed their dreams of freedom on two wheels.

So no matter what you ride, or even if you haven’t started yet, everyone is welcome to join the celebration of Harley-Davidson’s 115th anniversary. It takes place right in the middle of Europe, in the land of 115 stories – Prague, Czech Republic. 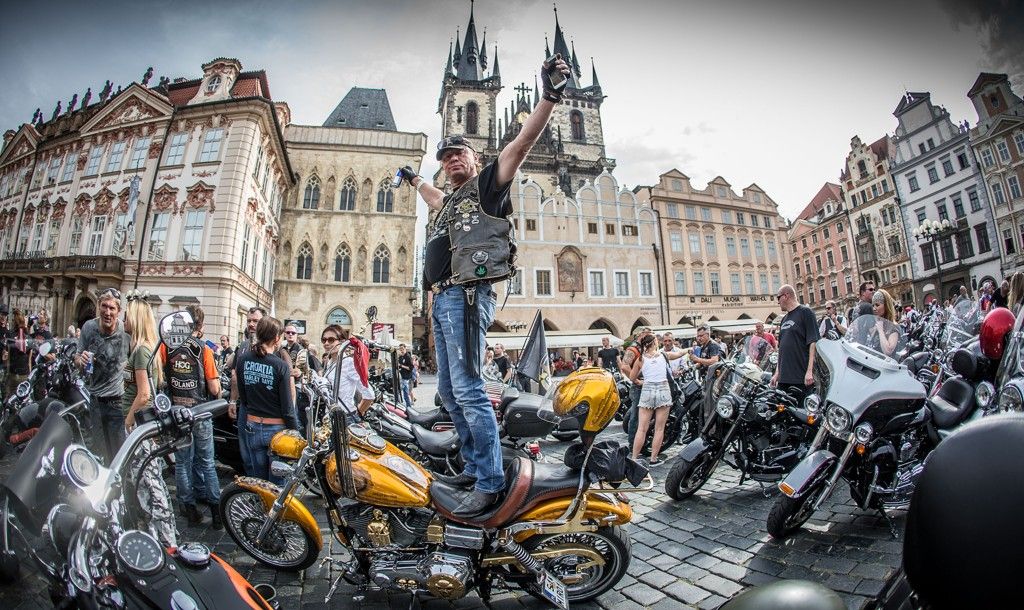 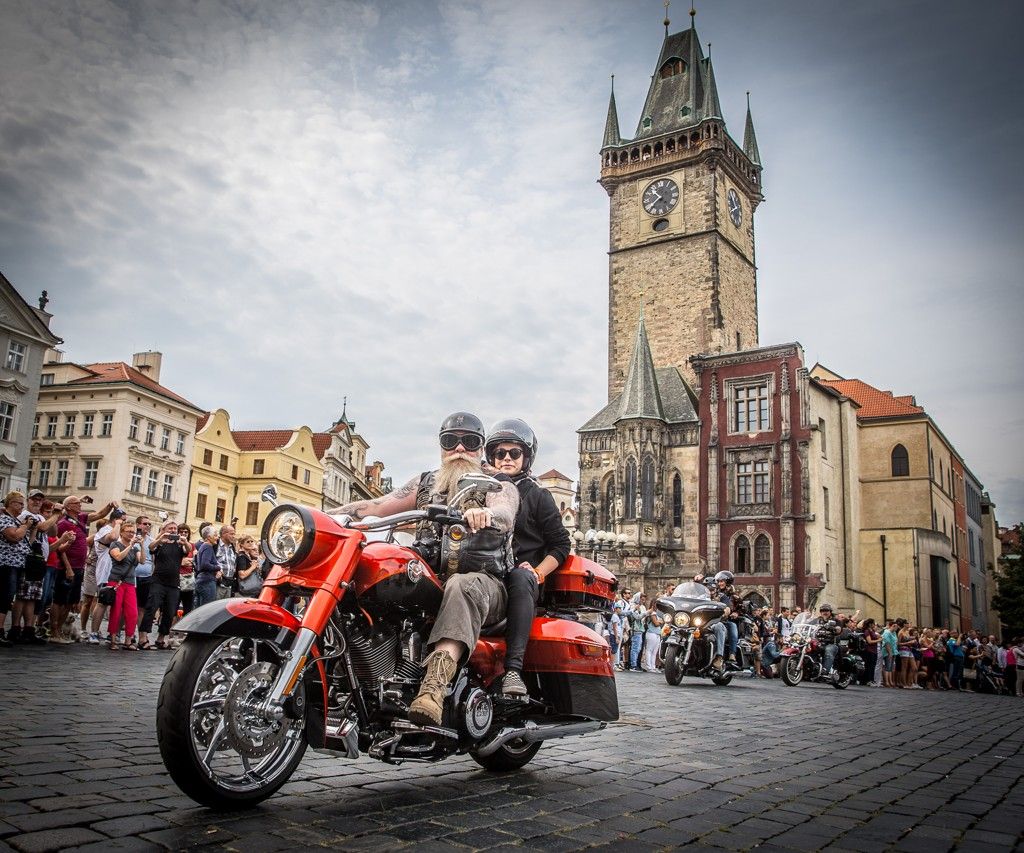 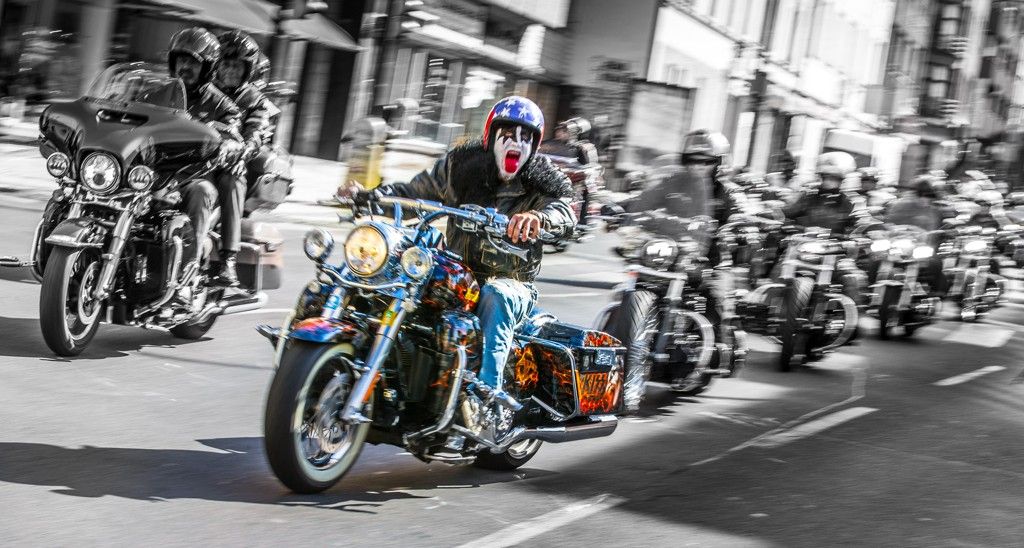 Around The Gulf World Of Sport 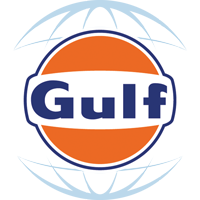 AROUND THE GULF WORLD OF SPORT 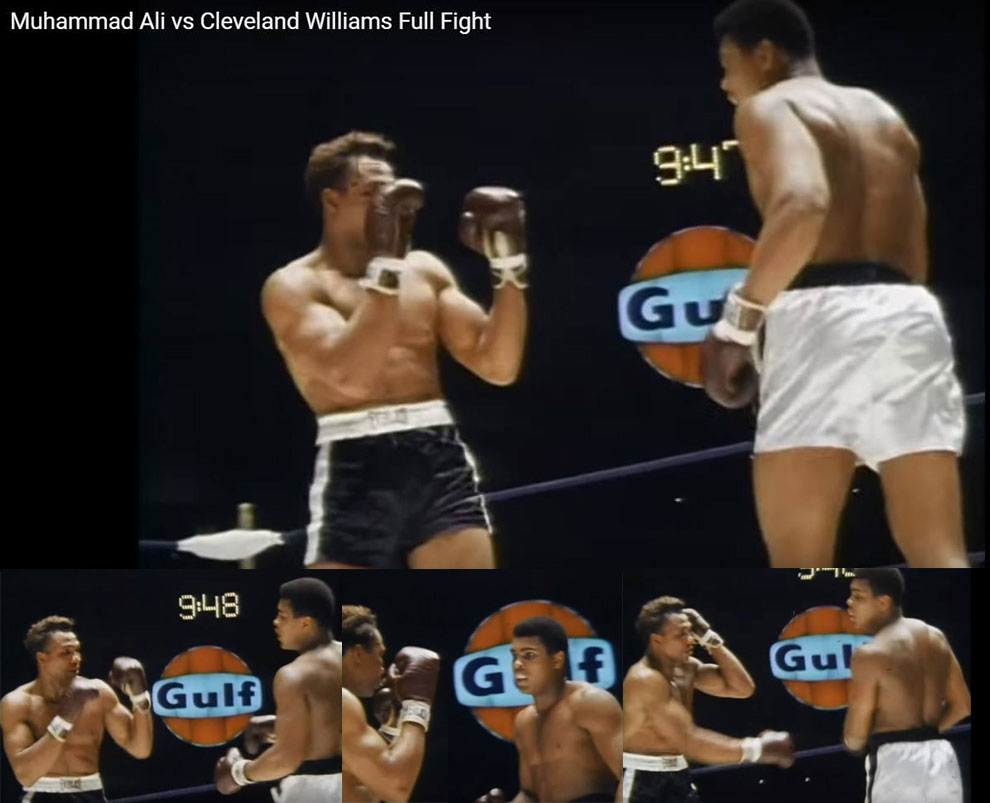 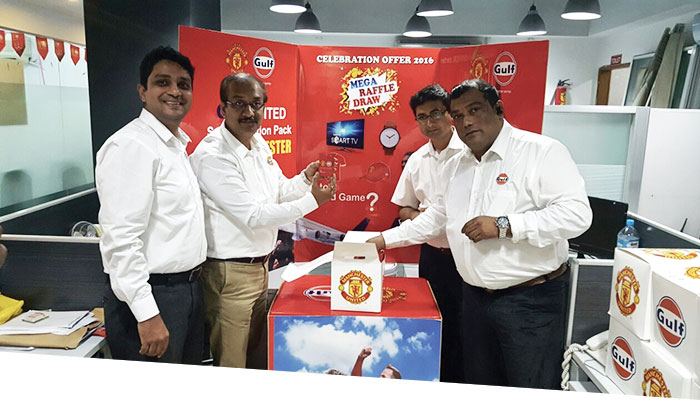 Gulf - Manchester United-based draw for end-user customers in Bangladesh gave away 250 small gifts - such as USB Drives, T-Shirts, Caps, Powerbanks, Watches and TVs. First month of a three-month promotion that will run until the end of 2016. 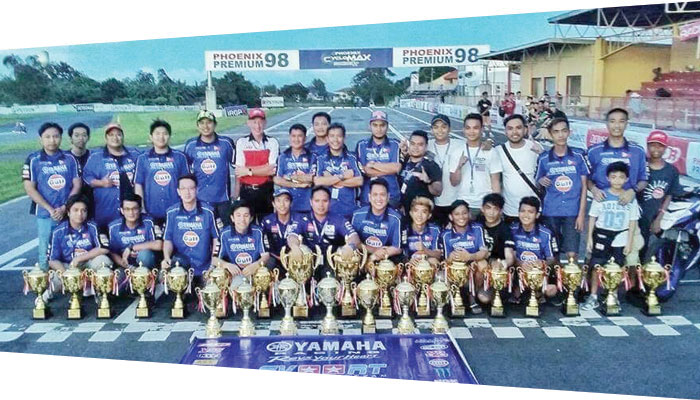 The Gulf-sponsored Yamaha bike racing squad with its haul of trophies won in 2016. Extremely impressive, by any standards. 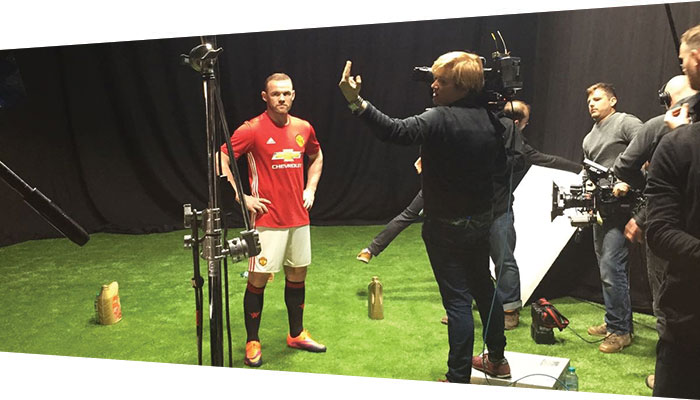 Manchester United and England Captain, Wayne Rooney was one of five MUFC first team players who were filmed, this month for Gulf's upcoming TV Commercial. Watch this space for the finished article. 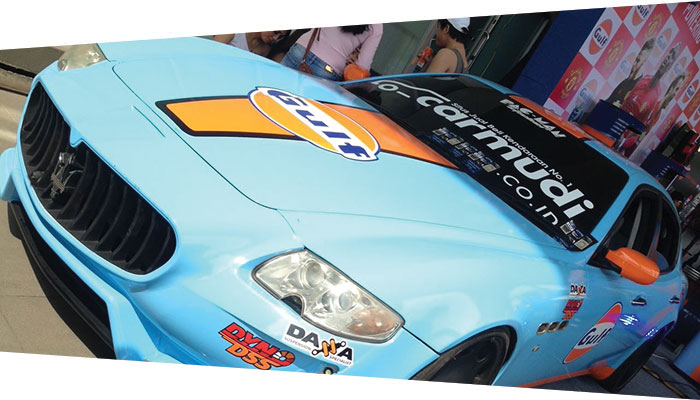 Various aspects of Gulf's sporting involvements were on display at the Jakarta Hot Import Nights event over last weekend. - an excellent Gulf-United booth and some great looking Gulf-liveried sportscars. 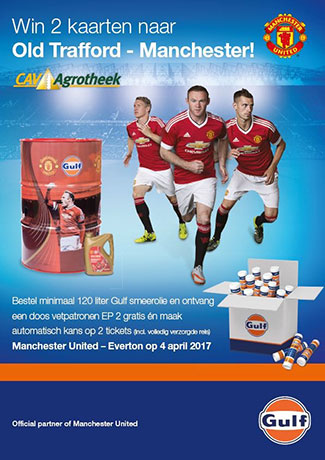 The latest promotion in the Netherlands, giving customers the opportunity of winning tickets to the Manchester United - Everton game later in the English Premier League season. 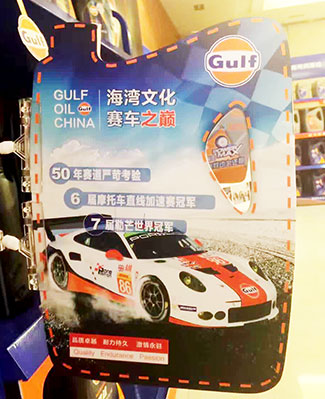 Gulf Oil from Damir on Vimeo. 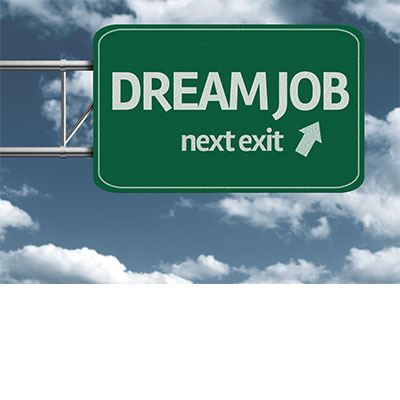