GULF RACING BATTLES THE ELEMENTS BUT GULF SHINES IN SHANGHAI 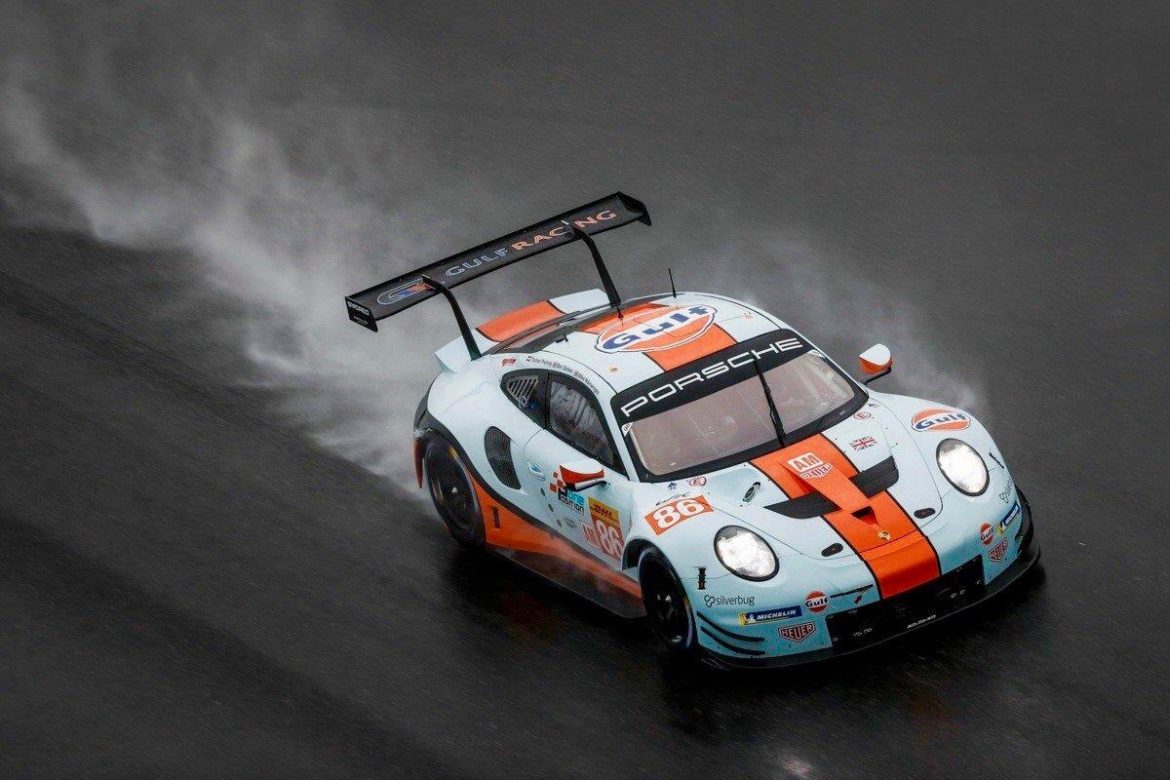 Luck wasn’t on the side of Gulf Racing UK during the fifth-round of the World Endurance Championship (WEC) at Shanghai.

In a race that was twice stopped for around an hour because of the extremely wet conditions, the Gulf Racing Porsche 911 RSR – piloted by team-owner, Mike Wainwright, and team-mates, Ben Barker and Austrian rising star, Thomas Preining – veered off the track twice leaving the trio with too much ground to make up. They finished ninth in the GTE-Am class (30th overall).

Off the track, however, it was a different story for Gulf, as 145 guests of Gulf Oil China enjoyed the ‘Born to Win – Champion 50’ gala dinners in Wuxi and Shanghai – despite the heavy downpour during the rain! – while another 20 VIP guests were treated to a garage tour, with many praising Gulf for the ‘unique experience’ it afforded. Gulf also hosted a sizeable media party over the race weekend.

The race result in Shanghai was in sheer contrast to the brilliant battle witnessed between Gulf Racing and Spirit of Race Ferrari at the previous round in Fuji. As the race unfolded, with the lead going back-and-forth between the two teams, Gulf’s rivals managed to put in some quick laps and eke out a gap.

Eventually, the trio delivered a competitive performance, racked up 201 laps and narrowly missed out on a podium finish by taking the chequered flag in fourth-place in class (26th overall).

The WEC now takes a winter break, before the lights go green at the 1000 Miles of Sebring in Florida, United States, on Friday 15th March.