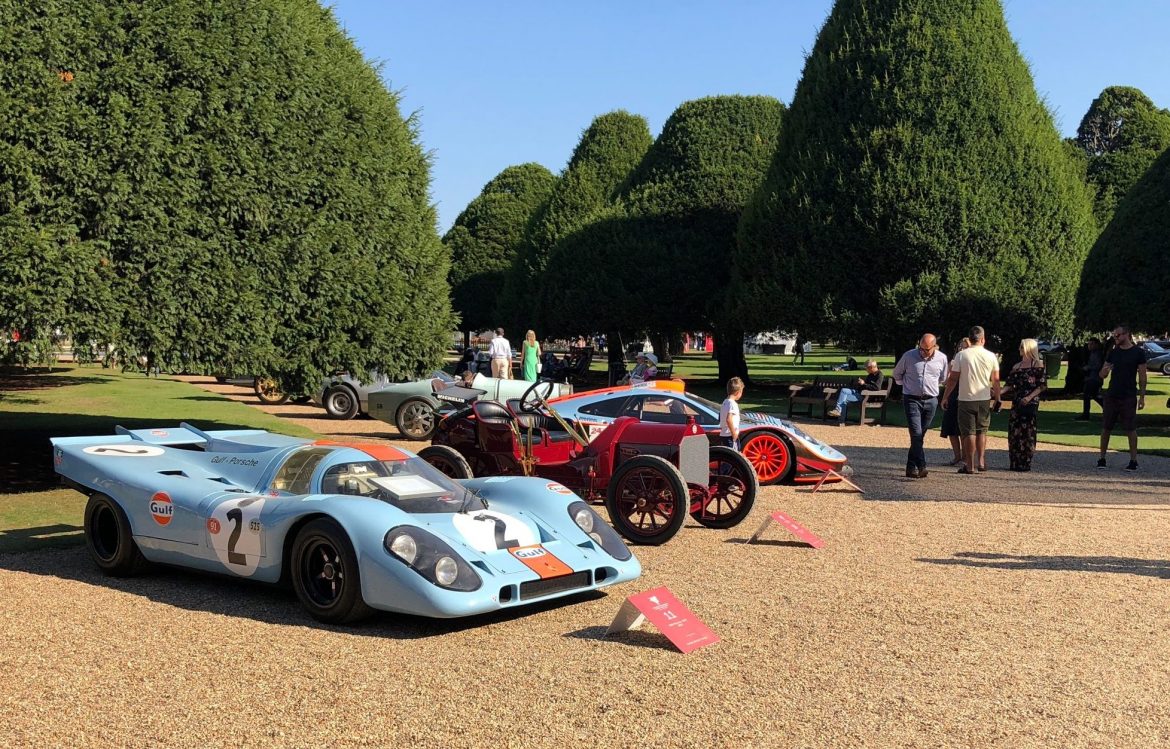 The now annual Concours of Elegance that takes place at the Royal Palace of Hampton Court, South West London, under the Patronage of HRH Prince Michael of Kent, featured not only a presence from the ROFGO organisation, again this year, but also some of the most sought-after Gulf race cars of the last 50 years.

Appropriately in the 50th Anniversary year of the Le Mans win, ROFGO had their Gulf Ford GT40 team car on display. Alongside it, in the main “avenue” of the glamourous event, were a fabulous Mclaren F1 GTR long tail race car and, in Porsche’s 70th Birthday year, what else but a Gulf-Porsche 917 – which even carried off an award in the Concours’ racing car category.